Back Homepage > Culture and entertainment > Museums and galleries >

The Merkur Museum is a phenomenon among museums and has been operating in Police nad Metují since 2006.

Merkur is the name of a train model and metal construction kits, which arose at the beginning of the last century in Police nad Metují.

The Merkur tradition dates back to 1920, when Jaroslav Vancl established the Inventor company. Five years later he switched to a new system construction kit, which has remained unchanged until today.

The Merkur Museum is dedicated to this history. It also boasts the largest building constructed from Merkur and registered in the Guinness Book of World Records – the "Steel City", whose construction is inspired by the story in the novel of the same name by Jules Verne. 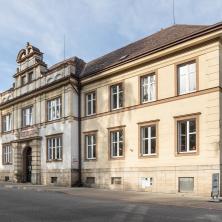 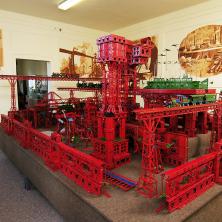 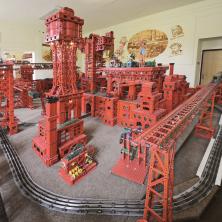 Museum paper models was opened in 2012 in Police nad Metují and features more than 1,200 models.
More

The town of Police nad Metují is located in the Náchod district of the Hradec Králové region. The historic core of the town is a protected historical area.
More

Around the rock mushrooms to Hvězda