A remarkable rock town in the easternmost part of Bohemian Paradise (Český ráj). It is a romantic labyrinth of thin sandstone towers and pillars, plateaus, ravines and chasms, with a large network of sign-posted tourist routes and numerous observation points from the rock formations.

Among the best-known and most beautiful places in the Prachov Rocks are Bohemian Paradise View Point (Vyhlídka Českého ráje), Peace View Point (Vyhlídka Míru), the Emperor’s Corridor (Císařova chodba – named after a visit paid here by the Emperor Franz I) the Leaning Tower (Šikmá věž) and the sculpture of Pelíšek the Elf. The ruins of what was once Pařez Castle are found not far from the Prachov Rocks.

The short tour here passes through a narrow rock crevasse of only 35 cm in width, from where you climb to the two best-known viewing points and back along the Emperor’s Corridor through the mighty stone blocks. This circuit might take you around ¾ of an hour. The longer tour, meanwhile, passes round seven viewing points and gives visitors a chance to climb many sets of stairs carved into the rock and squeeze themselves through narrow crevasses amidst the huge boulders. The trail is 3.5 km long and it takes around two and a half hours to complete.

The Prachov Rocks are one of the most favorite tourist areas in the Czech Republic and belong to the country’s oldest nature reserves. A number of rare species living here includes Great owls, bats and several types of woodpeckers. Also the pines growing on the top of the rocks are awe – deserving.

The shapes of the landscape inspired many vistiors in the past and the area became a cradle of the Czech rock-climbing. 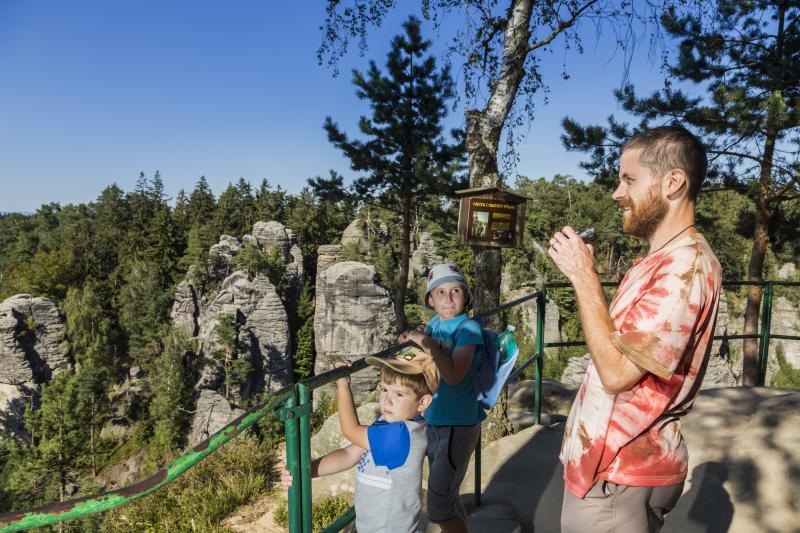 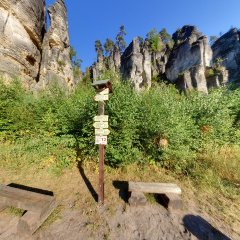 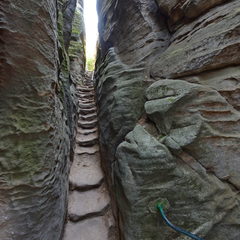 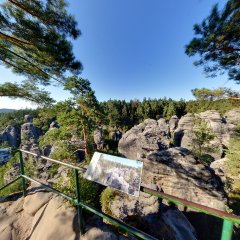 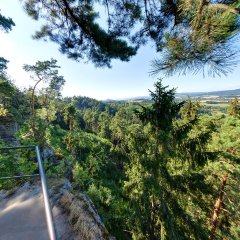 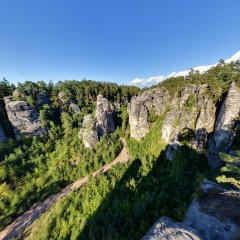 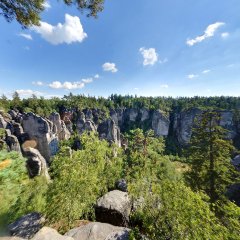 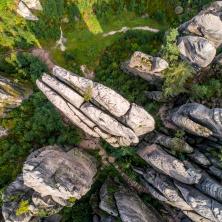 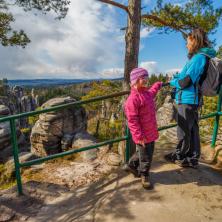 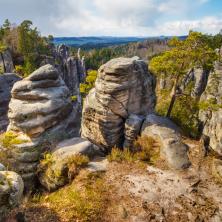 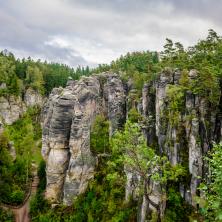 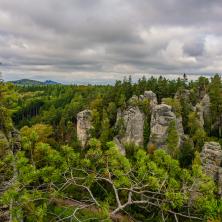 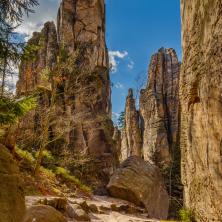 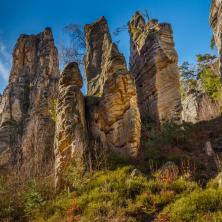 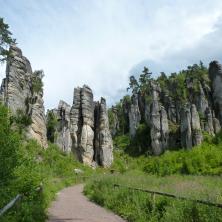 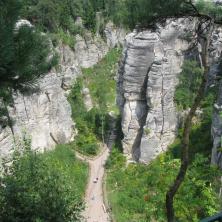 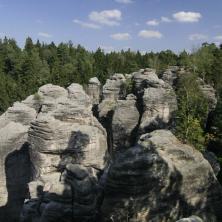 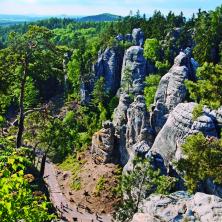 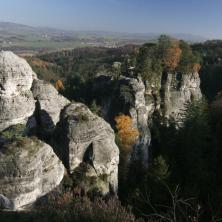 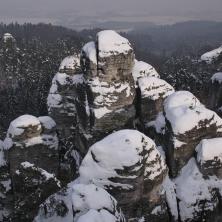 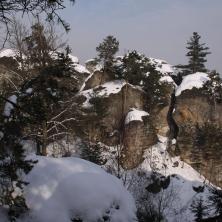 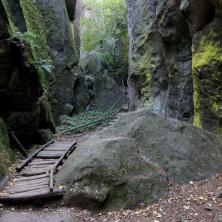 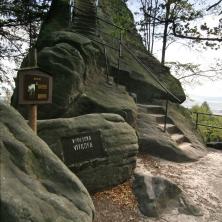 Rumcajs´ trail from Mladějov to Jičín

The caves in the territory of the Prachovské Skály are pseudo-karst. They were formed in the rocks and rock towers of rectangular sandstone.
More

The strongest and mightiest ravine in the Prachovské Rocks.
More

Lookout points in the Prachovské Skály

The lookouts offer bird`s-eye views of the Prachovské Skály.
More

From Jičín to Trosky

In the grounds of the rock city there emerged a complex with the proof of Slavic settlement which included the range of fortified locations.
More