Hostinné is among the oldest towns located at the foot of the highest Czech mountains, the Krkonoše.

The town was founded during the reign of King Přemysl Otakar II due to the colonization of the upper stream of the Elbe River. The dominant feature in the square is the Renaissance town hall with monumental statues of giants. Every year on the first weekend in August the Portiuncula pilgrimage is held here.

Worth a visit is the Gallery of Ancient Art with a permanent exhibition of plaster casts of ancient sculptures, located in the newly renovated Franciscan monastery. This building was awarded the Building of the Year 2012, and at the same time you can find in it the newly opened City Museum and library. 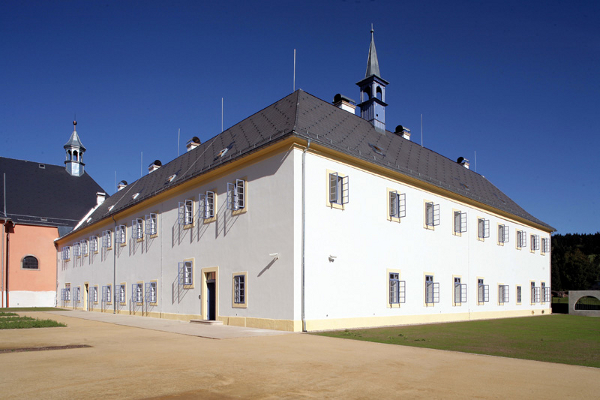 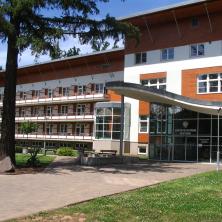 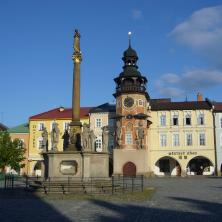 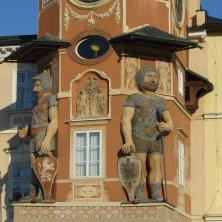 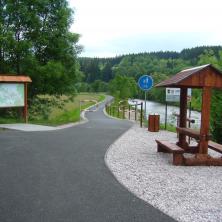 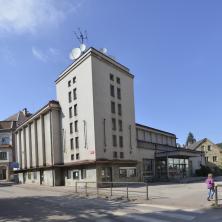 The Franciscan monastery in Hostinné is an early Baroque building from the years 1677 – 1684 built by Wolfgang Dientzenhofer according to the plan of Prague architect Martin Reiner. The double aisle monastery Church of the Immaculate Conception contains the Gallery of Ancient Art. The historic premises of the first floor of the monastery contain the permanent collection of the town museum. There is also a municipal library in the monastery.
More

Located on the premises of the former Franciscan cathedral. Comprehensive overview of the development of antique sculptures from the end of the 7th century BC to the 3rd century AD with hundreds of copies of Greek and Roman statues. Collection of unique statues with European significance.
More

Cycle path no. 24 in Hostinné

Church of the Holy Trinity – Hostinne

The deanery Church of the Holy Trinity is the oldest stone building in the town.
More

The square-shaped central square is dominated on the western side by a Renaissance town hall with Baroque tower and a clock.
More

The three-star hotel is located in a quiet part of the town of Hostinné, with an adjacent sports centre and a restaurant which can be used for active resting or relaxation.
More

Visitors to the region acquire information on the cultural and nature monuments, including tips on active leisure time activities, at the information centre.
More

Through the Krkonose Mountains foothills

Where the Elbe flows