The best-known building in Sobotka, built in 1811, now used as a gallery.

In 1811 Josef Šolc, a farmer, built a two-storey timbered house with a balcony on the outskirts of Sobotka, today known as the Šolc Grange House (Šolcův statek). The house then became the main building of an extensive grange. In 1838 Václav Šolc, the author of a collection of poems entitled Prvosenky (Primroses), was born there. In the 1930s, after numerous changes of ownership, the Šolc Grange House finally passed into the hands of the Samšiňák family. After the 1948 communist putsch in Czechoslovakia the family property was confiscated. It was only in 1990 that Karel Samšiňák, a naturalist and great art connoisseur, succeeded in restituting the property, but he was allowed to live here from the 1970s. In thirty years he managed to turn the grange house into a famous gallery which housed exhibitions by outstanding Czech artists as well as foreign guests. In 2005, at the end of his life, K. Samšiňák decided to hand the property over to his son Jan Samšiňák, who started a vast renovation project with a view to retaining the original cultural and social purpose of the building. With the renovation work going on, the Šolc Grange House was not in full operation, but in spite of that several exhibitions were organised (e.g. Alena Antonová, Ivan Šmíd). In 2009, after the renovation was finished, the Šolc Grange House opened to the public for the entire exhibition season (May – October). The first exhibition of that season was followed, in early July, by a festive event whereby the gallery was named Karel Samšiňák Gallery after its founder, and by the opening of the Lapidarium (established in the adjacent building of a former stable at Karel Samšiňák’s desire). 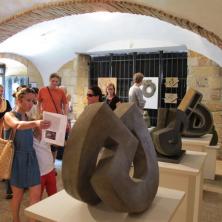 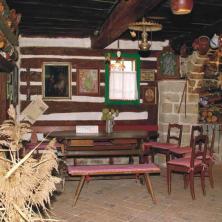 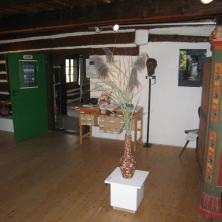 Sobotecko: Podtrosecká valleys to the ruins of Trosky Castle