Castle Kost is one of the best-preserved Czech castles from the late Gothic period. It was founded in the mid 14th century by Beneš of Vartemberk. It is located 18 kilometres from the town Jičín in a protected area Bohemian Paradise.

The origin of the castle dates back to the 13th century when Beneš of Wartenberg built a long ward and a tower which served as a protecting fortress. Later on the castle had been changing its owners. During the time of the Lobkowicz family settlement (late 16th century) the whole southern part of the castle was established including the farming buiding with the brewery. The castle lost the residental purpose in 1590 and it became a seat of the manor administration with block of flats for the clerks and other employees.

In 1635 the castle burnt down and commenced to decay till it was bought by the Netolicky kin. Anna Marie dal Borgo Netolicka married Norbert Kinsky whose ancestors are current owners of the Castle Kost. The existing landlords live in Italy and visit their property frequently. Their estate in the Czech Republic is managed by the institution called Kinsky dal Borgo.

Tour 1 - THE KINSKY FAMILY IN BOHEMIA (family portraits and paintings related to one of the oldest noble families, 50 - 60 minutes).

Tour 4 - a short (complementary) tour along the castle exteriors (30 minutes).

Locality: the rocks 4 km to the west from Sobotka.

Access: The castle is accessible from the Libošovice train station following the yellow tourist sign or from Sobotka following the red trail marking. 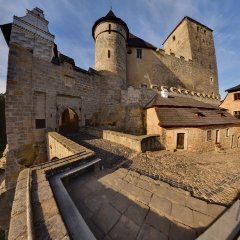 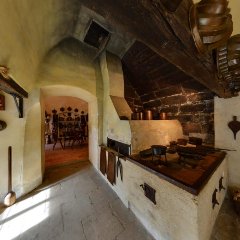 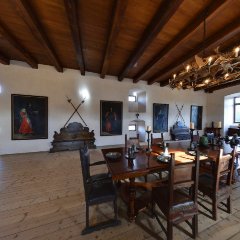 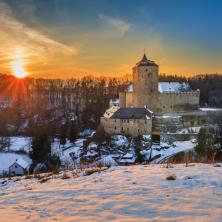 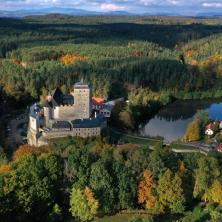 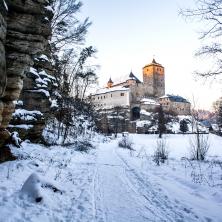 The castle Kost and the valley Plakánek