St. Peter`s Chapel in Špidlerův Mlýn was built in 1793 as the centre of the local people's spiritual life.

The local people applied for a permit to build the church as early as 1784, but were not successful until 1793. That year a decree by Franz I enabled the inhabitants of Špindlerův Mlýn to build their own church intended to replace the decaying chapel in Svatý Petr.

They built a temporary wooden church, which became the spiritual centre of the newly forming community. 1802 saw the laying of the foundation stone of a new church built of stone. The church was completed in 1807 and the first service took place on 1 November of the same year. 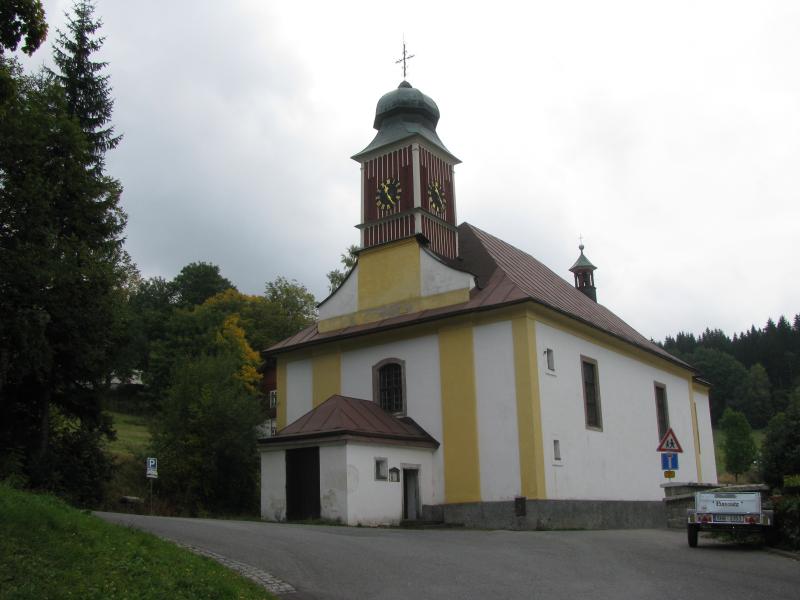