The highest mountain of the Czech Republic, a distinctive trihedral pyramid, is elevated 1,603 metres above sea level. It is a significant dominant element in the eastern Krkonoše.

The northern slopes on the Polish side falls down to Lomnička River Valley, the southern side then to the Obří důl. The name is derived from the adjective Sněžná i.e. covered with snow. It is believed that Mount Sněžka was climbed for the first time by an unknown Venetian in 1456.

The oldest building on Sněžka is the chapel of Saint Lawrence built between 1655 and 1681 by the owner of the northern slopes of the Krkonoše Mountains, the Silesian nobleman Schaffgotsch

The highest post office in Bohemia is located on the peak of Sněžka. The new post office was opened in August 2008. In addition to sending correspondence, hikers can also buy a hiking stamp, find refreshments and, in case of inclement weather, hide from the wind and rain. The viewing terrace offers a breath-taking scenery of Poland and the Czech Republic.

Locality: to the north from Pec pod Sněžkou. 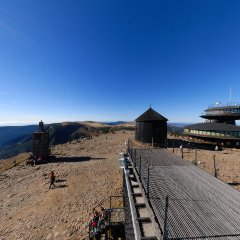 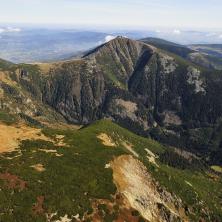 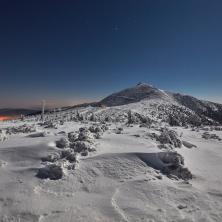 The first Czech National Park, declared in 1963, a UNESCO biosphere reserve since 1992. Its 363 km2 + 186 km2 protective zone include the highest sections of the Krkonoše Mountains and part of the foothills. The park especially protects unique and unrepeatable landscapes.
More

The Source of the River Labe

The journey along the River Labe (the Elbe), 1154 km in length, begins in Labska louka meadow, less than 1 km southwest of Violik Mountain in the area of Spindleruv Mlyn
More

Pec pod Sněžkou (750 m above sea level), a picturesque mountain town, is the most frequent starting point for trips to the highest Czech peak. Pec pod Sněžkou cabin lift in Sněžka is an ideal means of transport, especially for your trip.
More

Obri dul is a perfectly developed mountain valley, together with Labsky dul the only two glaciated valleys in the Czech Republic.
More

The Labský Důl is a ragged rock canyon, one of the most beautiful and most frequently visited localities in the Krkonoše.
More

Old Post Office on the top of Mount Sněžka

The post-office on the top of Mount Sněžka is the highest point in the Czech Republic where you can obtain a postage stamp.
More